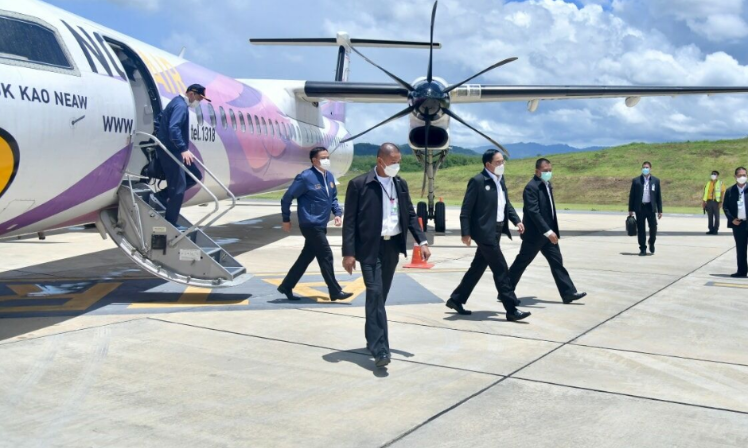 After the highly-publicised launch of the new airport in Southern Thailand’s Yala went sour, with Nok Air suspending flights to the airport due to a lack of passengers, tourism officials in the Betong area plan to offer discounts on hotel rooms and food for travellers to help the flights takeoff.

Nation Thailand says the Betong Airport was “built to boost tourism and trade in the southernmost border provinces,” but most western tourists have been advised by their home countries not to travel to the Deep South region bordering Malaysia as the area is still prone to violence due to the religious separatist insurgency. Just this month, 10 rangers and civilians were injured in a bomb attack in Yala’s Bannang Sata district and banners reading “Free Patani, Patani is not Siam” were put up in several spots around Yala, prompting security in the province to tighten.

The US, UK, Canada, New Zealand, and Australia have set travel advisory warning citizens to avoid all travel to the southern provinces of Narathiwat, Pattani, Songkhla, and Yala due to the ongoing conflict with frequent roadside bombings and shootings.

Most of the tourists in the southernmost provinces are from Malaysia and Singapore, according to the vice president of the Betong Tourism Business Association. In 2019, more than 600,000 tourists from Malaysia and Singapore visited Yala, the tourism official says, adding that he expects travellers from the two countries to flood in once travel restrictions are lifted.

Tourism officials in Betong and the neighbouring province Narathiwat have announced discounts for travellers who show a boarding pass. In Betong, the association’s vice president says participating hotels will offer discounts up to 40% while restaurants and cafes will offer 10% or 20% discounts. At some restaurants in Narathiwat, travellers can get a 100 baht discount for every order of 500 baht or more, according to the local Tourism Authority of Thailand office.

PM Prayut Chan-o-cha kicked off the opening to the airport last week, flying to the Betong airport in a Nok Air passenger jet, snapping photos with the media and holding a ceremony accompanied by other public officials.

Even the government spokesperson said the district is a tourism destination. But about a day or so later, Nok Air – the sole commercial airline offering flights to Betong – suspended flights to the airport indefinitely due to low demand.

Nok Air later says there needs to be a two- to three-month marketing campaign to promote Betong as a tourist destination before flights are offered. The airline’s chief commercial officer also said the Thai government will need to guarantee 75% of the revenue for the first six months to ensure that Nok Air does not suffer a significant loss from the new routes to Betong.