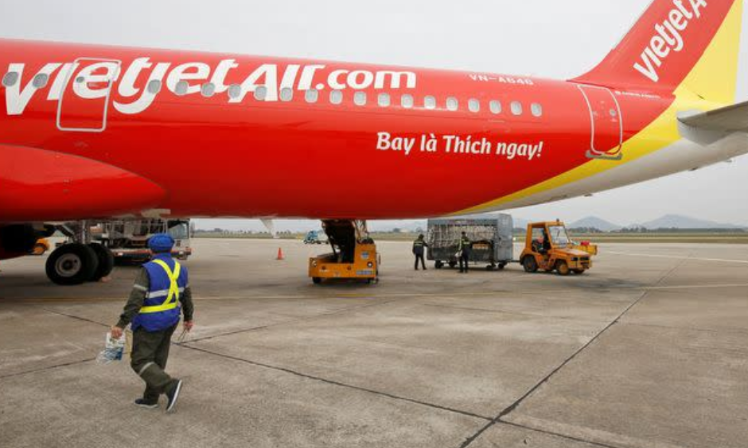 The new routes to be launched from early September to early December will link Vietnam's major cities and its tourism island of Phu Quoc with Ahmedabad, Hyderabad, Bangalore, New Delhi and Mumbai, VietJet said in a statement.

"We now prioritize expanding and increasing flight operations to India...to serve the rise in demand for both leisure and business travel," VietJet Vice President Nguyen Thanh Son said.The airline currently operates four Vietnam-India routes, linking Hanoi and Ho Chi Minh City with New Delhi and Mumbai.
VietJet, which operates a fleet of 80 Airbus aircraft on around 100 routes, plans to add more A330 widebody planes as part of its fleet development plan, it said.

The airline, which currently has two leased A330 planes, said it intends to increase the number to at least 10 but did not give any time frame.